What does the budget mean for the healthcare sector?

The run-up to Budget 2021 was characterised by an even higher level of speculation than usual – would this be the point at which the Chancellor began to repair the nation’s finances after a year of falling tax revenues and public spending at a level never before seen in peacetime, or would he not risk stifling the first signs of economic recovery as the nation moves towards the eventual easing of lockdown restrictions?  As it turned out, it was a Budget packed with new and ongoing support measures and only limited and delayed, tax rises.

From our long experience of working with healthcare professionals, we have highlighted below the main changes which will impact the sector.

Income Tax
There is to be no increase in income tax or National Insurance rates until at least April 2026.

The National Insurance Contributions Upper Earnings Limit and Upper Profits Limit will remain aligned to the higher rate threshold for these years.

Pensions
Before every recent Budget, and this one was no exception, there has been much speculation about whether pensions tax relief will be cut, either by reducing the annual allowance or by restricting the rate of tax relief, as pensions relief is relatively costly to the Exchequer.  Neither in the event occurred, the only announcement being a freezing of the lifetime allowance at £1,073,100 through to 2026 instead of the usual increases in line with CPI.

Capital Taxes
Another area where changes have been expected for some time is capital taxes, Capital Gains Tax (CGT) and Inheritance Tax (IHT).  The only announcement in this area was the freezing of the annual CGT exemption at £12,300 until 2026 and the IHT Nil Rate Band at £325,000, the level it has been at for some time.

However, the Government recently announced a tax consultation and call for evidence day on 23 March, where it is expected that further reviews of these areas will be considered. For now, though, it seems that the current rates will continue until April 2026.

Capital Allowances
The Annual Investment Allowance (AIA)  limit was temporarily increased at the 2018 budget up to £1m for two years from 1 January 2019. This measure has been extended to qualifying expenditure from 1 January 2021 up until 31 December 2021.  The AIA limit will then fall to £200,000 from 1 January 2022.

Off-Payroll Working (IR35) – changes for the private sector
As previously announced, further changes to the Off-Payroll Working Rules, delayed from April 2020, will come into effect from 6 April 2021. The Off-Payroll Working Rules (IR35) apply to Individuals supplying their services through an intermediary, such as their personal service company (PSC), but who would be employed if they were engaged by the end-user directly.  The changes coming into effect in April extend to large and medium-sized organisations in the private sector the changes which came in for public sector bodies in 2017.  They shift the responsibility, and liability, for operating the off-payroll working rules from the PSC to the end-user.  Small end-users in the private sector are outside the new rules, with small being defined for companies and LLP’s in accordance with the Companies Act definition, and for other entities as turnover below £10.2 million. As previously, all public sector bodies, regardless of size, fall within the revised rules.

Trade Losses
There is a temporary extension to the carry back of trade losses for companies, sole traders and partnerships.  Companies with an accounting period ending between 1 April 2020 and 31 March 2022, and unincorporated businesses in tax years 2020/2021 and 2021/2022 will be able to extend the period over which losses can be carried back from the current one-year entitlement to a period of three years, with losses being set off against later years first.

Provision of home-working equipment to employees
The Chancellor announced an extension to the temporary Income Tax and NICs exemption for employer reimbursed expenses that cover the cost of relevant home-office equipment.  The exemption was due to end on 5 April 2021 but has now been extended to have effect until 5 April 2022.   Home office equipment includes for example include a laptop, a desk or necessary computer accessories.

Extension of SDLT “holiday”
The SDLT nil rate band for purchases of residential property in England and Northern Ireland was previously increased from £125k to £500k for the period from 8 July 2020 to 31 March 2021.  Following concerns expressed regarding the effect on the housing market of the “cliff-edge” on  31 March, the £500k nil rate band will now remain in place until 30 June 2021 and then a £250k nil rate band will apply from 1 July 2021 to 30 September 2021, before returning to its previous level of £125k.

Our team are on-hand to help with any questions that you may have following this year’s budget, contact us today!

Take a look at our full property briefing document: 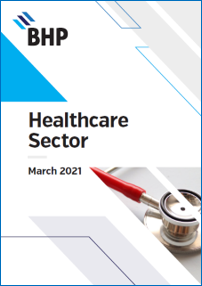