Research, invest and the economy will develop

When I last wrote this sector briefing nearly a year ago on 11th March, the tag line was “getting it done!” and Covid-19 was still just an overseas news story. Fast forward two weeks from that date and the entire nation was in lockdown and who thought a year on we would still be in the same position? Hopefully we can see the light to whatever “normal” now is.

Over the last 12 months, research and development have been at the forefront of more businesses than I’ve ever seen before. Companies have had to innovate, find new gaps in the market and generally look to survive and flourish during the pandemic.

This Budget could have been very doom and gloom, recouping the losses from the past year but my personal opinion is that it was very optimistic. Rather than adding to the existing tax base immediately, Rishi wants to stimulate the economy and get businesses booming again and most of all spending by promoting capital investment.

According to Rishi, it was a “budget for the moment” so what was actually announced? I look at the main budget announcements with a specific eye on the Technology sector.

Capital Gains Tax
Just to confuse matters, I’m going to start with something that wasn’t announced!

Over the past few weeks, most of my time has been taken up with helping get transactions over the line. Why? Because all the media and industry speculation was that wholesale changes were going to be made to Capital Gains Tax.

Were rates going to be aligned with income? Was Entrepreneurs Relief going to become more restrictive?

What was announced? Well, nothing actually. No changes to Capital Gains Tax with even the Annual Exemption being frozen.

However, more legislative consultations are expected later this month so watch this space.

Enterprise Management Incentive (EMI) Scheme
A consultation has been launched today into the EMI scheme to ensure it provides support for high-growth companies to recruit and retain the best talent so they can scale up effectively, and examine whether more companies should be able to access the scheme.

We will update you as the government release their findings in due course.

Extension to Furlough or Coronavirus Job Retention Scheme (CJRS)
The furlough scheme has been extended to cover periods up to 30 September 2021 with employees continuing to receive 80% of their pay, capped at £2,500 per month.

Employers will be asked to make a contribution of 10% in July, rising to 20% in August and September.

A small profits rate will also be introduced for companies with profits of £50,000 or less so that they will continue to pay Corporation Tax at 19%.

Companies with profits between £50,000 and £250,000 will pay tax at the main rate (25%) reduced by a marginal relief providing a gradual increase in the effective Corporation Tax rate.

In line with the approach taken with the former rules, these limits will be proportionately reduced for short accounting periods or where there are associated companies.

Capital Allowances – Super Deduction
From 1 April 2021 a new ‘super deduction’ will be introduced which will allow:

Note: We await more guidance to understand how this ‘super deduction’ interacts with purchases of cars.

Changes will be made to how proceeds on the sale of these assets are taxed so that 130% of the proceeds received are taxed on disposal rather than reducing the value of the pool carried forward.

The Annual Investment Allowance (AIA) of £1m which has been extended to 31 December 2021 continues and therefore it will continue to be more efficient to claim AIA for special rate pool items rather than the new 50% ‘super deduction’.

Temporary Extension – Trading Losses Carry Back
Companies with an accounting period ending between 1 April 2020 and 31 March 2022 will be able to apply an extension to the utilisation of unused trading losses.

The trade loss carry back will be extended from the current one-year entitlement to a period of three years, with losses being carried back against later years first.

The number of trading losses carried back to the preceding year remains unlimited. However, for the preceding two years, a maximum of £2m of unused losses will be available for carry back against profits of the same trade to the earlier two years.

Research & Development Tax Credits
Although no changes were announced to the existing R&D tax credits regime, a consultation has been launched to look at:

Our team are on-hand to help with any questions that you may have following this year’s budget, contact us today!

Take a look at our full property briefing document: 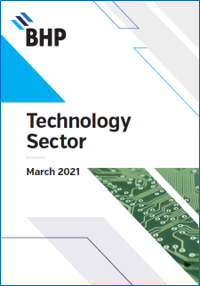