The draft legislation for Finance Bill 2017 has just been issued following the Chancellor’s Autumn Statement.

The changes will also affect the taxation of cash alternative arrangements, e.g where an employee is given a choice of a cash allowance or a benefit such as a company car.

The details of the changes are as follows:

New provisions for the Finance Bill 2017 have been issued which will affect many salary sacrifice arrangements and all arrangements where an employee is offered a choice between a benefit and a cash alternative.

Pensions, childcare vouchers, cycle to work schemes and holiday salary sacrifice schemes will not be affected.

Tax –exempt schemes such as car parking and work-related training will become liable to tax and NICs from 6th April 2017 if they are provided under an Optional Pay Arrangement, i.e. a salary sacrifice scheme or a cash alternative arrangement.

One exception to the new legislation is for ultra- low emission cars with CO2s of less than 75g/km. These can continue to be provided under the current regime so that there will be savings of tax, employee and employer NIC, subject to a benefit in kind tax and class 1A NIC on the benefit.

It is worth noting that the changes don’t take away any of the soft benefits from salary sacrifice schemes, and the employees’ NICs saving is still there for all schemes. 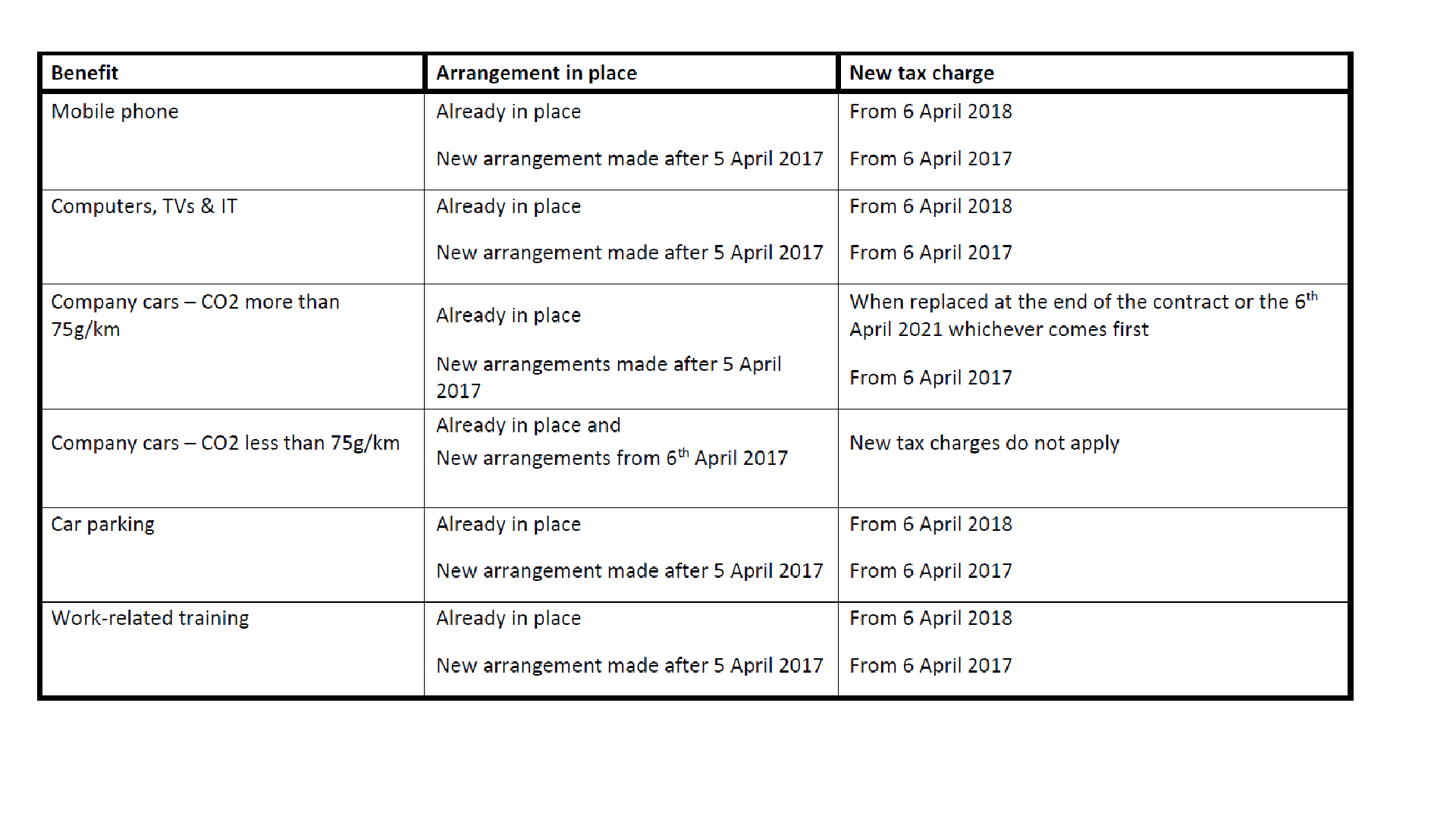