How can business GB start topping the medal tables?

The summer has been an incredible time for Team GB. The Rio Olympics brought more medals than any other games in history, and showed that grit and determination keeps Britain strong.

The likes of Max Whitlock, Tom Peaty, Andy Murray, Mo Farah, Laura Trott, and so many more, have left behind a legacy of success – not only in sport, but in every walk of life.

Our 67 medal record has shown that we are able to beat countries with far more resources and significantly larger populations than we have. We can even compete in areas where Britain has never been established before.

But it’s not just in the water, the track or on a bike where we can take these lessons forward. This level of accomplishment can see Business GB topping the medal tables too.

The Opportunity Is There

Just think, if we applied the same philosophy of focus, determination and desire to win at the highest level in business, we could have the same success as Team GB did against some of our largest economic rivals. 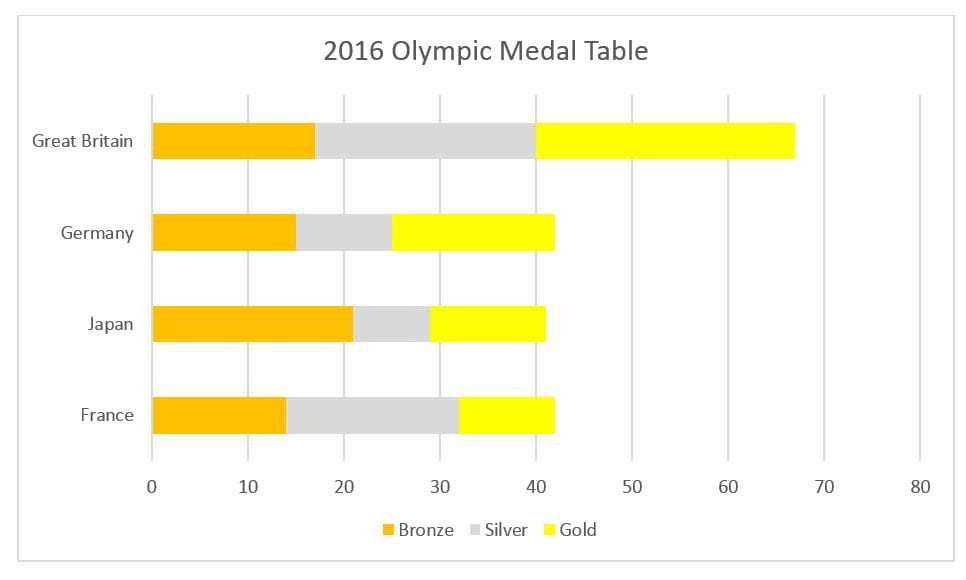 Team GB were head and shoulders above Germany, Japan and France in the medals. And if we applied this same ‘winning factor’ to our annual GDP, the potential would be incredible. 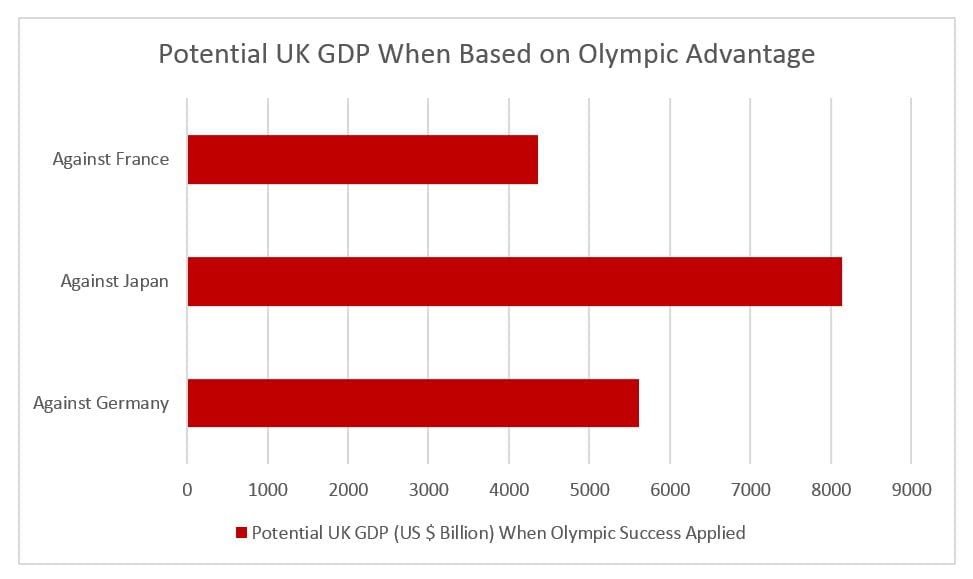 Take for example Japan, a key rival in almost every sector of business. With over twice as many gold medals and almost three times as many silvers, our success at the games was extraordinary. Yet Japan’s population, assets and skill levels should have had us beaten.

If we could achieve the same level of success in business performance as we did in the games, our GDP would be nearly three times what it is today.

It’s just a matter of applying the right principles.

If we could achieve the same level of success in business performance as we did in the games, our GDP would be nearly three times what it is today.

It’s just a matter of applying the right principles.

Just as Team GB didn’t compete in every discipline, your company can’t be a jack of all trades. Instead, you need to focus on the skills that you have, find your niche and exploit your talents to make sure that you stay ahead.

For world class results, you need a world class team. Don’t be afraid to look over the horizon to find the skill set that is going to make your business a success. The Team GB consultants and coaches that support our athletes come from all over the world, bringing a diverse range of skills that are impossible to get from the local labour pool alone. So when it comes to assembling your team, only appoint the very best.

Create a Culture of Knowledge

You only had to see one interview with any member of the Women’s GB Hockey team to see how they achieved their dream. Within their very tight unit they have developed a culture of success based on a number of core values. These values drive every action and decision they make. Some companies are great at this but too many still think having values on their website is enough.  If they are not “in” your business they will never work.

Don’t Rest on Your Laurels

Today’s success is not the end. Not for the athletes, and certainly not for your business. We never thought Team GB would beat the achievements from the London Games, but they have, and now their aims for Tokyo 2020 are even greater. This is the mentality that you need within your business.

Success is a state of mind, a habit – just like failure. When you apply the lessons from Rio to your business, the rewards can be just as glorious.

If some of my thoughts above have made you think then why not have a no cost chat to a member of the BHP consulting team who have a wealth of experience in turning good to GREAT!