More than 100 young people have been screened for cardiac abnormalities at Yorkshire and North Derbyshire’s largest independent firm of Chartered Accountants, BHP.

Organised by The Daniel Wilkinson Foundation, a team from the Cardiac Risk in the Young (CRY) charity visited BHP’s Sheffield office to carry out ECG and Echocardiogram screening for 103 staff, family and friends between the ages of 14 and 35 who are actively involved in sport.

Daniel Wilkinson, who worked at BHP as a trainee accountant, died in 2016 aged 24, while playing the game he loved, from an underlying heart condition. Following his death, a team from BHP worked with his family and members of his football club – Shaw Lane – to set up a foundation in his memory. So far, more than £7,000 has been raised by BHP staff for the foundation.

Amanda Townsend, Senior Manager at BHP who helped organise the event, said: “Every week in the UK at least 12 young people die of undiagnosed heart conditions, however, there is a simple way to diagnose most cardiac abnormalities.

“The Daniel Wilkinson Foundation does such important work in getting defibrillators into grassroots football, and funding heart screenings which are provided by CRY.

“This is something we all feel very strongly about at BHP and we are very grateful to both The Daniel Wilkinson Foundation and the team at CRY for arranging these screenings.”

Gillian Wilkinson, Daniel’s mother, said: “The Daniel Wilkinson Foundation is really pleased with the numbers screened and we are enormously grateful to all the staff at BHP who continue to support us in our aims to raise awareness of sudden cardiac death in the young and also in remembering Daniel.”

Four years ago, BHP, transformed its approach to Corporate Social Responsibility (CSR) and fundraising. Following staff consultations, a decision was made to move from a firm-led ‘Charity of the Year’ approach to an employee-led charitable strategy.

This new strategy has allowed BHP to support charities which employees care passionately about, and this has proved successful – in 2017 the company raised more than £27,000, in 2018 this increased to over £31,000. 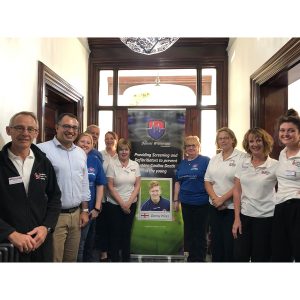